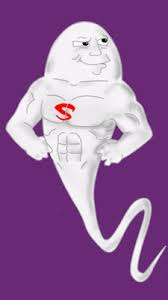 The human body never ceases to amaze me!  According to a clinical sexologist (love the title), up to 40% of sperm is so called "fighter sperm", these are designed to prevent another man's sperm reaching an egg and these types of aggressive sperm increase if he suspects his partner of cheating!   The Kamikaze sperm (as it is also known), is not - however here to inseminate the egg, only to protect it from another man's sperm.  So there is a serious case of sperm wars going on in testicle's all around the world - how clever is that?! I do have one questions though, how does a GAY man's sperm react?  This befuddles me a little.. Hannah Hunter

This entry was posted on Thursday, December 19th, 2013 at 6:19 pm and is filed under General. You can follow any responses to this entry through the RSS 2.0 feed.