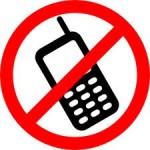 Apparently plenty of people are using mobile phones during intimate moments.  For what?  Well, I'm not talking about using a Smart phone as a sex toy (although I'm not ruling that out).  No doubt a Tulisa stylee use of a mobile phone has been done several times too but I'm talking about interupting sex to take a call or changing the tv channel during a blow job - what a kick in the balls!  Obviously, if it's the wife or the hubby on the phone or if Bratt Pitt come on TV then fair play but to get the most out of sex it needs to be just the people involved being involved with the people involved doesn't it?  And don't give me any of that "I don't have time for sex"  you've obviously gone off your partner so perhaps it's time to move on!

This entry was posted on Tuesday, May 15th, 2012 at 3:14 pm and is filed under General. You can follow any responses to this entry through the RSS 2.0 feed.