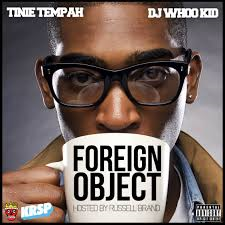 Now this is one of those stories that is pretty hard to believe - but it is actually true so listen up...but has no relation to Tiny Tempah by the way.. A Scottish woman went to hospital complaining of sever weight loss and lethargy, she had also been suffering from mild incontinence for a few weeks.  I'm no doctor, but the last thing on my mind when I read this story was that the cause of all this discomfort would be a 5 inch sex toy that was protruding into her bladder from her vagina.  She explained to the doctor that she and her partner had used the sex toy NEARLY A DECADE AGO and couldn't remember at the time whether or not she had removed it as she was drunk!  Well, wouldn't most women just make a quick check the next morning at least to see there were no foreign objects lodged where they shouldn't be?! My first thought when reading this story was that she must have been way below average on the intelligence scale - but no, she had a normal IQ and there were no signs of depression or psychosis! I can't even say let this teach us ladies a lesson - because I really don't think many people would fail to remember they had a sex toy up their vagina!  Oh but hang on.. .wait as I read this article again...another woman had something lodged there for 35 years!!  Words fail me... Hannah Hunter

This entry was posted on Tuesday, August 19th, 2014 at 3:19 pm and is filed under General. You can follow any responses to this entry through the RSS 2.0 feed.