I have no doubt that over the years you men have become best buddies with your "chap down there".  He has brought you so much joy, whether that be just between the two of you or whether there was a third, forth or fifth party member - he always (we'll forget those off days) stood to attention when needs be!  But did you know that during sex your penis smiles?  Indeed - he's just as pleased as you are - and during the missionary position your penis forms a smile shaped curve - how sweet! This is a little cringe-making, but just incase you are in the unfortunate position to have to lose your second head you will still be able to have intercourse, urinate and even ejaculate after the head has been removed.  What a sturdy chap he is! And did you know you can ejaculate while still limp?  Well here's the science bit - ejaculation happens when the pelvic muscles contract but those muscles aren't just associated with the mechanism that makes you erect.  It happens rarely but it can happen. And now for my final phallic fact - did you know it's possible to eject semen up to eight feet?  And the force with which a man ejaculates is directly linked to how satisfied he is about his orgasm.  Those of you who've been on the receiving end of an eight foot ejaculation - well you're clearing doing something right! Hannah Hunter 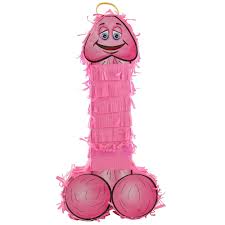 This entry was posted on Tuesday, May 19th, 2015 at 8:14 am and is filed under General. You can follow any responses to this entry through the RSS 2.0 feed.