What would you think is the ultimate favourite penis size from a woman's perspective?  Well that would depend on whether the penis would be for a long term relationship or a one nighter, because the answer for both these questions would be different!  A study has shown that the most popular size for a one night stand was the largest at 6.4 inches long with a 5 inch girth,  as opposed to the slightly smaller size of 6.3 inches with a 4.8 inch girth for anything long term.  Does that surprise the men out there?  Well, let's be honest, the vast majority of us sexually active ladies don't want an enormous porn star schlong and the pain that come with it, tagging along with us for years on end! It's a myth that women favour a huge penis and that myth needs to be busted!  Having said all that, the preferred sizes for both a one off bonk and a longer relationship were both sizes that were bigger than the national average!  Ultimately it doesn't really matter what size a penis is, but what is very important is how a man (or the woman) uses it.  A willy that's too big is less - shall we say - adaptable, it's just easier to do more things with something a little smaller - that's my opinion anyway!  But whatever your preference, there's a schlong for every one! Hannah Hunter 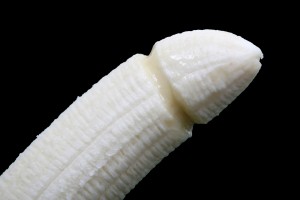 This entry was posted on Wednesday, December 14th, 2016 at 5:21 pm and is filed under General. You can follow any responses to this entry through the RSS 2.0 feed.