The Most Dangerous Sex Positions for Men!

Analysis has recently been undertaken by doctors to discover what the most dangerous sex positions for men are, and you might well be surprised by some of the findings!  Swinging from the chandeliers might cause some injury, as might other types of acrobatic sex, but I wouldn't have imagined in a million years that the good old-fashioned, innocuous missionary position would come out as the second most dangerous, I mean what could possibly go wrong while engaging in a bit of un-exotic missionary?!  Penile fractures are one of the most common injuries during sex and it's doggy style that comes out on top with 41% of penile fractures caused during doggy.  Missionary, with the man on top caused 25% of penile fracture cases and the woman on top was the third most dangerous for fractures of the penis.  Now how is it that men can stop themselves from getting a nasty injury during doggy style? Well listen up boys and take heed!  The fracture is often caused by the man hitting the woman's pelvic bone with a hard thrust,  so here's what to do to avoid it, take hold of the woman's hips firmly and make sure she stays in position, go easy on the thrusting and make sure there's nothing hard in front of you which would increase the impact if hit. Another very painful injury that can be caused by the woman being on top is the snapped banjo string.  That even makes me recoil at the thought of it, and I'm very much a woman! 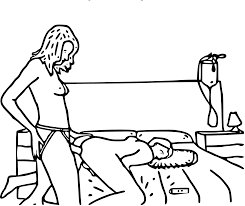 This entry was posted on Saturday, September 30th, 2017 at 4:21 pm and is filed under General. You can follow any responses to this entry through the RSS 2.0 feed.