The Map of Sex!

A new sex survey has revealed which part of the country lasts the longest in bed.  Thousands of people around the country were asked to honestly spill the beans on their love live in terms of how long they spend on doing the deed, and the results are out!  So here you go...the most sexual of us were found in the West Midlands where couples spend a lengthy 77 minutes on a romp between the sheets, whereas (unsurprisingly) Londoners only spend a paltry 14 minutes doing the do.  People in Wales and the north west also preferred something short and sweet, and those in the east of England and the south west are the ones who like to take their time over their sexy time!  Now, as I said before, I'm just not surprised about Londoners spending the least amount of time having sex; everyone in this town doesn't seem to spend any length of time doing anything atall!  They're always thinking of the next thing they need to get on and do and it's just all rush rush rush!    It doesn't necessarily mean that Londoners are less sexual, it simply boils down to the time factor and a general attitude to life, and this most definitely differs all over the country.   So Londoners why don't you slow down, take some time out to relax and chill - and you know who can help you with that?  Yes - that'll be our wonderful Cherry Girls of course! Hannah Hunter 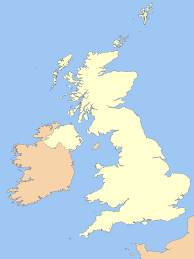 This entry was posted on Tuesday, November 29th, 2016 at 11:36 am and is filed under General. You can follow any responses to this entry through the RSS 2.0 feed.