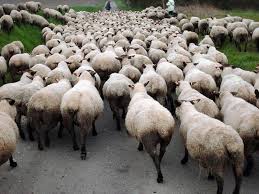 I am shocked and disgusted at what I am about to write - bestiality is still legal in Finland, Hungary and Romania, and Denmark has only just vowed to ban the practice because it's damaging the country's reputation and because it's not consensual.  What about it being cruel, vile and socially unacceptable?! Bestiality - also known as Zoophilia, has been banned in England since 1290 and quite rightly so.  This practice is medieval and has no place in modern day society so God only knows why this is still going on in modern Europe! A recent poll showed that 76% of Danes supported a ban on animal sex - why though are the other 24% against the ban?  Perhaps this is because they won't get to have sex anymore??  The fact that a law even needs to be passed to explain to people that having sex with animals is not acceptable I find absolutely shocking!  But something that I really cannot get my head around is that there are animal brothels in Denmark - ANIMAL BROTHELS?!??! What has this world come to?  I mean I love all animals and can understand why people adore their pets but I find it sickening that people actually get pleasure by having sex with them!  A line must be drawn! Hannah Hunter

This entry was posted on Saturday, October 18th, 2014 at 10:16 am and is filed under General. You can follow any responses to this entry through the RSS 2.0 feed.