If you're a city dweller - single or otherwise - you are highly likely to know what this little symbol is, yes - it's the Tinder flame.  Tinder seems to have taken the world by storm over the last couple of years and some folk are blaming it for a rise in STIs.  Every single person I know has Tinder on their phone, and every attached person I know loves to have a little go on it - living vicariously through their single buddies.  Tinder has casually hooked up many a horny human and I've heard several Tinder anecdotes that people are happy to show off about in great detail, one being a man organised a threesome in a portaloo at a festival via Tinder, and who said chivalry was dead?!  But what about using these hook up apps responsibly?  No-one seems to find it embarrassing talking about casual sex, but SAFE sex - well that's a different matter altogether - that's the issue that seems to turn people's faces red.  The rise in STIs among people in their 40s really surprises me - it's so easy to have casual sex now, it's all out in the open and everyone is doing it, so why is it so difficult to bring up the issue of using a condom?  I don't think "getting swept away in the heat of the moment" is an excuse for a 40 year old. I guess it's because everything is treatable with antibiotics and HIV isn't the death sentence it used to be.  Still - it can't be fun to pass something on, and it can't be fun to experience an STI.    So it's about time we all grew up, stopped feeling embarrassed about STIs and taking precautions against them, if nothing else it will give us all a bit of peace of mind. Hannah Hunter 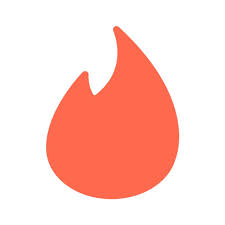 This entry was posted on Monday, June 1st, 2015 at 10:32 am and is filed under General. You can follow any responses to this entry through the RSS 2.0 feed.