I'm not talking about a voluntary Prince Albert piercing here (that is Prince Albert pictured, if you were wondering); I'm talking about someone who had to have his penis pierced as a last ditch attempt to save his old boy!  Yes - that's right, a chap got himself in to a bit of bother.  It started off being an innocent attempt at a bit of erotic play - a suggestion made by a friend,  where this man slipped his wedding ring over his penis.  However, when it started to swell up and became sufficiently painful, he decided it was time to get to hospital.   But it was his mother who took him there.  Oh the shame of it!  I cannot imagine the embarrassment of both parties here, but lets face it, being alive and embarrassed is a far preferable option to being dead!  The ring was left so tight around the swelling that even a surgical saw would have been a dangerous option, so the only other option was for the medics to free his penis by puncturing the organ to drain the stored blood!  Just doesn't bare thinking about!  There are rings you can buy that are made specifically for the sensation this man was trying to achieve, so I would suggest this would be the way to go.  I know some of you must be thinking how did this man manage to obtain a wedding ring with the girth he has, but the size of his fingers haven't been disclosed, and don't be so judgemental ;0) Hannah Hunter 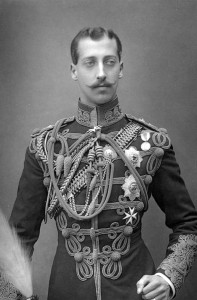 This entry was posted on Wednesday, November 16th, 2016 at 4:05 pm and is filed under General. You can follow any responses to this entry through the RSS 2.0 feed.