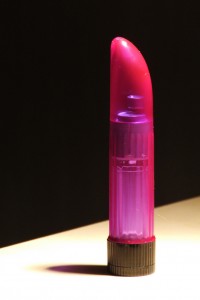 There are certain things in life that every woman appreciates, and one of those quite high up there on the list is the trusty vibrator, it's a wonder why God didn't make the penis vibrate really!  Well - wait just one minute because that fantasy could soon become a reality!  Grinders - a group of people who hack their own bodies with DIY devices are the pioneers of DIY implants. Piercing experts often help with many of the procedures, but some will take it on themselves.  One of the first "biohackers" (as they are also know), was known to have had a radio frequency identification chip implanted into his arm so he could switch on lights and open doors at the snap of a finger. But why stop there?!  One "grinder" had headphones implanted into each ear and magnets in his fingertips, but he's also wanting to turn his penis into a vibrator!   He has built the wireless implant which runs on a wireless, rechargeable battery lasting 45 minutes, and is implanted under the pubic bone making the penis vibrate.  Get in line ladies....  However, there is a downside to this human machine penis, it might feel so good that a sex session might be over extremely quickly.  As they say, you can have too much of a good thing! Hannah Hunter

This entry was posted on Thursday, December 29th, 2016 at 6:17 pm and is filed under General. You can follow any responses to this entry through the RSS 2.0 feed.