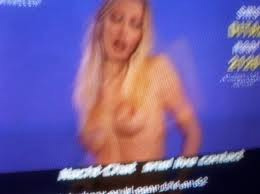 Half way through a news report - which was being broadcast on Sweden's main channel - an X-rated film began playing, and play it did for ten minutes!    Why oh why did they not notice/stop it sooner?  Apparently it was something to do with downloading and servers (the reason for the malfunction, not the content of the clip by the way). I bet they wouldn't have received half as many complaints  as they would  have have done here though.  I doubt they'd have batted an eyelid.  Any parents watching this with their children may have even decided to use this as a chance to offer a bit of spontaneous sex education, some may even have complained that the news was interrupting the porn.  Oh I do love our Swedish cousins, they do seem to be far more sexually liberal than us don't they?!

This entry was posted on Thursday, January 10th, 2013 at 9:01 pm and is filed under General. You can follow any responses to this entry through the RSS 2.0 feed.