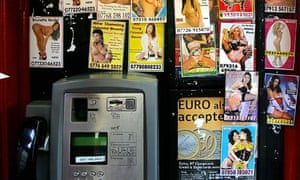 When it comes to the laws on prostitution, a large study of 33 countries has discovered that more restrictive policies lead to increased health & safety issues including violence, contracting HIV & other STIs. In countries where prostitution is tolerated, people involved are much less likely to face arrest or imprisonment. Nations are divided over the best course of action, in Canada & Sweden for example, the clients are punished, whereas in Germany & New Zealand prostitution has been decriminalised entirely.  Here in England & Wales it's legal to buy & sell sex but kerb crawling & soliciting are illegal.  So what might the cons be on a restrictive policy?  When a practise such as prostitution is driven underground, workers are forced to work in more isolated areas - away from fear of arrest, it's likely sex workers & their clients haven't been screened for STIs,  it's much more likely that condoms aren't used plus women are much more prone to be made vulnerable to physical or sexual violence.  In France and Ireland, attacks on sex workers have increased since clients were criminalised there.  Surely all this evidence would lead most people to agreeing that decriminalisation of sex work was urgently needed? Hannah Hunter

This entry was posted on Sunday, January 6th, 2019 at 12:21 pm and is filed under General. You can follow any responses to this entry through the RSS 2.0 feed.