So many relationships end just like this sparkler - with the spark going out.  Every successful relationship takes work and communication and if both parties aren't working at it things can start to fall apart.  One huge relationship killer is when the sex side of things are neglected.  There are all sorts of reasons why sex falls by the wayside, kids being one of them - everyone is quite simply too tired and stressed!  Bodies can change after bearing children and many women can feel ugly or insecure about revealing their mum tum to their partner.  This happened to one such woman who felt, after her third child that her body was so unattractive that she just stopped having sex with her husband, but after having a stern word with herself she realised that they needed to have that sexual intimacy if her relationship was going to survive.  So she decided that for a whole year they would have sex each and every day.  To start with she found it quite a chore, but after a while her fears and insecurities about her body melted away and she actually started to enjoy their new found sex life!  The flame that had all but burnt out had been re-ignited which in turn led to the couple being much closer, but most importantly it let to her feeling good about herself again.  No longer did she care about her stomach hitting his or her thighs clapping together, what mattered was they were loving each other and having fun and keeping that fire alive! Hannah Hunter 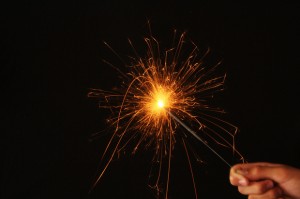 This entry was posted on Saturday, September 3rd, 2016 at 7:59 am and is filed under General. You can follow any responses to this entry through the RSS 2.0 feed.