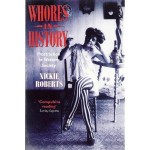 According to a certain lady in the news, being accused of being an escort, is akin to being accused of being a murderer or drug addict. 'Dexter' is pretty cool though? Haha. I don't know about you, but my nightmare is...being accused of being an academically challenged, gold-digging WAG wannabee, who's lying and romancing porridge-faced 'Jack the Lad' millionaires for their money. Just be honest, just be an escort, then everyone knows the score, no one's feelings are hurt, fun is had, and we all go home happy!? What 'promotions' job pays £600 an hr? Even Max Clifford failed there, he couldn't cover it up with weak wishy-washy excuses. For £600 an hour, I'd be expecting Stephen Hawkings' brain inside Jonathan Rhys Meyer's face/Brad Pitt's body (in Fight Club, phoaarr)  and then Giacomo Casanova's sexual prowess. But... But I feel sorry for her, she doesn't know how to stand up for herself, she's not smart enough. It can't be nice having baying mobs of dim neanderthals/media hypocrites at your every turn. She's been backed into a corner, the poor silly girl. Without US, many people would not have any form of sex life at all. They need us, as much as we need them. There is no hierarchy. Read this - 'Whores In History' by Nickie Roberts. The beginnings of the 'double standard', then through the ages, and how it came to be. You'll enjoy it, I'm damn sure. One of the best books an escort can ever have. Cherry Fakewell-Tart xxx

This entry was posted on Tuesday, October 18th, 2011 at 2:53 am and is filed under General, Interesting. You can follow any responses to this entry through the RSS 2.0 feed.