How does one solve a problem like dogging then?  That's of course if you do see it as a problem.  I'll just explain exactly what dogging is for those who aren't quite sure - is the practice of watching or engaging in exhibitionist sexual activity in a public place.   One group of people who are finding this a real problem are a local angling society who use a lagoon to fish in a beauty spot in West Yorkshire.  The same beauty spot is also being used by a group of doggers, much to the chagrin of the fishermen.   But the reason why this story has come to light is that a sexual health charity has taken it upon themselves to pin "protection packs" including condoms and literature in little envelopes to trees in the area, and the anglers are saying this is encouraging the "lewd" behaviour.  Of course that is rather thoughtful of the charity, but only if the doggers are clearing up after themselves, aren't threatening or abusive to anyone else and respect the area.  Apparently they are not.  There have been reports of used condoms, HIV medication and other detritus being left behind, along with abusive behaviour toward non-doggers. This is unacceptable behaviour and I do think that adults need to make their own mind up about using protection and don't need it shoved in their faces (or pinned to trees).  And if this is causing more mess and rubbish and upset, perhaps these little packs shouldn't be placed here.  Not sure pinning a condom to a tree is the way forward anyway - if you think about it it's not the cleverest of ideas.... Hannah Hunter 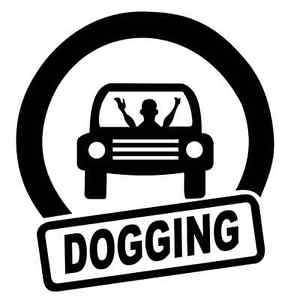 This entry was posted on Tuesday, November 17th, 2015 at 2:45 pm and is filed under General. You can follow any responses to this entry through the RSS 2.0 feed.