Designer vaginas - we've all heard of them, and the number of women who've been opting for vagina reconstruction surgery has risen five fold in the last decade.  The easy accessibility of porn and the tiny, tight, hairless vaginas portrayed within the industry is no doubt one reason for the growing popularity in having one - which in my opinion is quite sad, every vagina is different and variety is the spice of life, is it not?!   But for those women who are not in it for vanity reasons, there is a new procedure on the scene which is claiming have the same effect as a vaginoplasty but no painful, invasive surgery and the price tag is considerably cheaper!   Women who've given birth naturally can often have issues with being a bit "lax" downstairs, with vaginal dryness and soreness, but aren't up for the full designer vagina can opt for laser surgery instead.  Basically put the procedure involves a cage-like cylinder inserted into the vagina which fires out lasers, the labia and clitoris are also fired at, and with only minimal discomfort this sounds like the way forward.  People who've had this done have experienced an increase in sexual sensation and a more intense orgasm, reduced vaginal dryness, improved circulation and it can even help to correct some embarrassing bladder concerns!  It's coming to London soon people and for a shade under £1000 it sounds like a much cheaper and less painful alternative to vaginoplasty!  If you don't get it done - well you're obviously just too tight.....! (sorry). Hannah Hunter 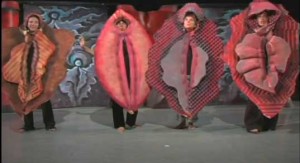 This entry was posted on Tuesday, September 27th, 2016 at 10:16 am and is filed under General. You can follow any responses to this entry through the RSS 2.0 feed.